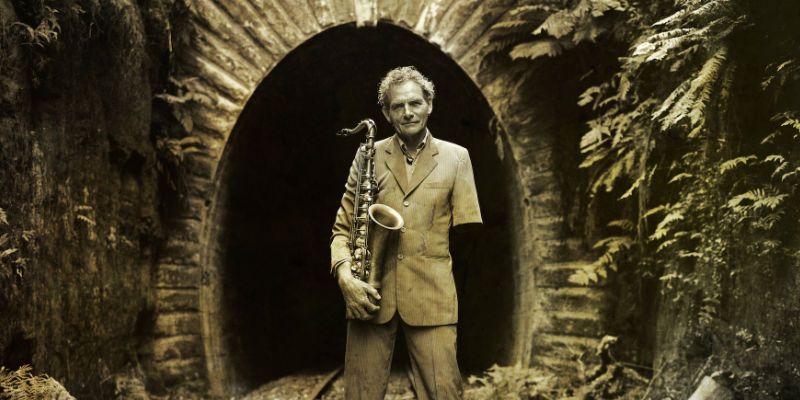 Since relearning saxophone after the amputation of his left arm five years ago, Blue Mountains musician Neill Duncan has looked for ways to give back to the community that rallied around him.

In 2013, Duncan was diagnosed with sarcoma. He had noticed a fast-growing lump on his left arm, but despite two rounds of chemotherapy the cancer continued to grow. One Friday, his doctor sat him down and told him to take the weekend to consider amputation. They needed to act fast. A devastating choice, Duncan knew he faced the very real possibility of keeping his life but losing his livelihood as a professional musician, composer and producer.

He had played saxophone and drums for many of Australia and New Zealand’s most eccentric and important bands. Regarded as one of the New Zealand’s most innovative jazz saxophonists, he played along side many of the most respected musicians in the Southern Hemisphere.

"I had four young children, and so of course my decision was I needed to live. I needed to be there for my kids,” he says.

Following the amputation, bandmate and friend Michael Lira did some research. He discovered an instrument maker in Amsterdam who made one-handed flutes for stroke sufferers. When Lira contacted Marten Visser of Flutelab, he asked Visser if he could make a one-handed saxophone. The answer was yes.

Duncan's local community rallied behind the project, raising much of the money for his tailor-made saxophone.

“After two years of hard work, I was back playing professionally, supporting my family and my passion once again,” says Duncan. Then in 2016, someone from the UK saw a YouTube video of Duncan playing his saxophone.

“So I get this message from Channel 4 saying they’re making a Paralympics ad, and this time they want to focus it not only on the athletics, but also on the arts as well,” he says.

The disabled swing band, the Superhuman Band, came about as a result. The ad was filmed in London and the soundtrack recorded in the legendary Abbey Road Studios. The short film won the 2017 Cannes Lions Grand Prix.

“These musicians were definitely not 'disabled'. They were some of the most abled people I’d ever met. Which is another revelation really…. What is a disability?” Duncan said to The House of Wellness in an interview last year.

“I feel grateful because I feel like I have been given a life by the community. I feel very lucky and I really need to give back,” he said.

Watch Duncan’s story in his own words

Neill Duncan is now the proud ambassador for the 2019 South West Disability Expo.

The South West Disability Expo gives residents of the South West region the opportunity to connect and ask questions of product and service providers, and decide what best suits their individual needs. It will include a smorgasbord of the latest products, services, technology, aids and equipment with over 120 providers, as well as organisations, agencies and advocacy groups covering a range of support and leisure groups.

Community and education are key factors in providing support for families who may, like Duncan, be adjusting to life with disability. As ambassador, Mr Duncan will open the event at 11am, Friday April 5 at the Whitlam Leisure Centre, Liverpool.