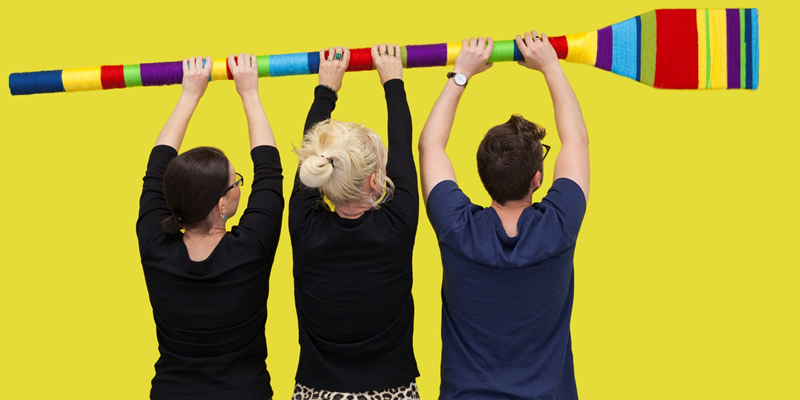 Our 600+ staff members are committed to helping people across the continuum of mental health and reducing the impact of mental illness into the future.

As a specialist mental health provider, particularly for those with severe and complex needs, Aftercare provides dedicated and expert services for young people and adults, as well as for their carers.

The centre of what we do

Anna and AJ are two of the thousands of people throughout NSW and Queensland that Aftercare supports every year to live independent and fulfilling lives. We do this by working with people in their own way at their own pace. This has always been, and will always be, the centre of what we do.

From a young age, Anna faced many hardships – from homelessness, to living in a boarding house for 12 years. At the end of 2018, Anna moved to an Aftercare residential group home which helped her overcome many adversities. Anna now works in supported employment at Marrickville, and with the help of Aftercare staff support, has become confident and independent. She delights in playing carpool karaoke, singing her renditions of ABBA classics.

AJ's mental health was having a destructive impact on his everyday life, including difficulties with school arising from anxiety and poor time management skills. He regularly felt angry and displayed anti-social behaviour towards people.

In September 2017, AJ was accepted into an Aftercare Youth Residential Rehabilitation Unit (YRRU). Through the use of Individual Support Plans (ISP), which AJ initially thought were "the most stupid things ever", he began to achieve goals and progress with his recovery. AJ later reflected that, "The ISPs helped me to act on my goals, rather than just saying I would".

Over the next seven months, AJ's school attendance improved, he obtained employment, and experienced significant health improvements to the point where he no longer reports suicidal ideation, hallucinations or dissociation, and has significantly decreased self-harm. He is now working towards completing school and attending TAFE to obtain a Certificate in Community Services.

AJ says the goals he is most proud of achieving are significantly decreasing the amount of medications he takes, becoming a better person, and improving his relationship with his mum.

AJ says that he no longer argues with her and will occasionally visit her for no reason other than to get a hug from her. Without Aftercare’s YRRU, AJ says that he may have gone on to “do bad things, like drugs… or… I may not be alive.”

AJ laughs and adds: “My new goal is living to 100 years old so I can get a letter from the Queen.”

Ove the past three years, we have actively rolled out NDIS services across all our locations to help individuals like Anna and AJ.

Our services in the South West Sydney region include:

Aftercare operates several residential services, supporting more than 100 people.  The emphasis is on each person’s individual strengths; helping them build resilience and enhance their opportunities for social inclusion. A major focus has been on the creation of growth in the accommodation space and addressing the high demand for housing support under the NDIS.

To find out more about our services in your area, visit our website, call 1300 001907, or visit us at the South West Disability Expo on April 5 and 6, Whitlam Leisure Centre.